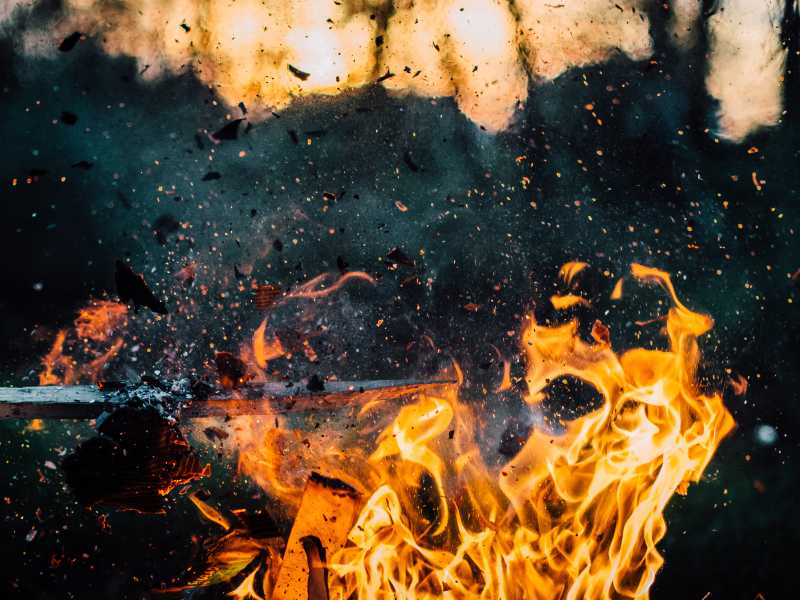 Everyone in the Sword Coast took notice today as the official Thayvian response to the declaration of war by the Emerald Enclave was made public. In no unclear terms, they announced their continued support for Mulmaster, citing many instances of support they have provided the Jewel of the North and reinforcing the notion that they were not prepared to pack up and leave.

They also bring light to continuing elemental cult trouble in Mulmaster. Readers may remember the devastating incident that happened in recent memory: elemental cults causing widespread destruction in the city. They city is still suffering the effects of the natural disasters and battles in the streets that occurred during that trying time. According to the Red Wizards, who claim to have weaved the enchantments that banished the elemental rifts which were opened in Mulmaster, not all traces of the terrible elemental magic has been removed from the city. The Thayvians tell of crystalline shards in the city which are keeping elemental rifts from expanding and wrecking havoc on Mulmaster once again.

Read the letter in its entirety below:

As news of additional unrest reaches our ears, we feel compelled to bring some clarity of both message and purpose to the general residents of Mulmaster and beyond:

Our days and nights for the past few months have been very full. We have embarked upon our quest to return the glorious city of Mulmaster to its former status as “Jewel of the North”. Perched upon the banks of the Moonsea, this city’s fortune is central to the success and growth of the entire region. Despite decades of fortifications and improvements, the walls and defenses of this grand city were not sturdy enough to repel the elemental cults.Sparing a history lesson – as I’m sure you’re all well-informed of those fateful events, and my retelling would pale in comparison to the first-hand accounts that you most assuredly already possess! – the cults were defeated in their attempt to use the ley lines beneath and throughout the city to summon their respective god-princes.

As the champions routed the remnants of the broken cults, we Thayans set about shaping and shrinking the ragged rifts that pervaded the city. We weaved the enchantments and rituals that kept those angry wounds, those slashes in reality, from expanding. We focused our talents into that most primordial of energies and wrestled them into submission. Those rifts are now pale shadows of what they were, and – with our continued direction –they will never become what they were intended to be, intentionally or otherwise.

We spared no expense and kept no secrets during this process. Zulkir Dar’lon Ma has invested a significant amount of Thayan resources into the rebuilding of this city, even going so far as to personally provide for teams of those same city-saving adventurers to catalog and ensure the safety of local archaeological sites of great importance. We respect the wishes of the Mulmasterites and keep no slaves; nay, the Zulkir has plainly demanded that the servants are provided for and sheltered at an adequate level. We respect your views on our use of the undead, but we reiterate the core point that our leader has laid out: the undead are only to be used after dark and in low- or unpopulated portions of your city, so as to not disturb the residents with the daily horrors and aftermath of war. We deploy artifacts of our own creation to restrain those rifts and perpetuate the reinforcement of the Weave and even the mortar of your buildings – at great cost to us, and still no cost to you.

That people would take offense to our magnanimous actions here are, quite frankly, appalling. We find the recent actions of the Emerald Enclave to be small-minded and petty. And yet, we do not seek to fight. We seek to educate, to build, to cultivate a new perception of the grand nation of Thay. By bringing Mulmaster back into the proverbial fold we can fashion a new and stronger future for all that live and thrive in the entire Moonsea region. This declaration of war is a childish move that stinks of greed and pride.

Should the demand be continued that we abandon Mulmaster, we shall. We will cease providing income, food,safety, and shelter for the 20,000-plus residents of this place. We will retain our spell energy and quietly vacate this place. We will not, however, instruct your mages on the proper usage of the crystalline shards that are keeping the rifts from expanding – such power cannot be channeled by those not of the blood. We refuse this one thing that you are not consumed by the forces that you do not yet understand.

We await your revised statements. In a tenday we shall reconvene in our embassy and determine how best toproceed for the people of Mulmaster.

The factions were not immediately available for response.